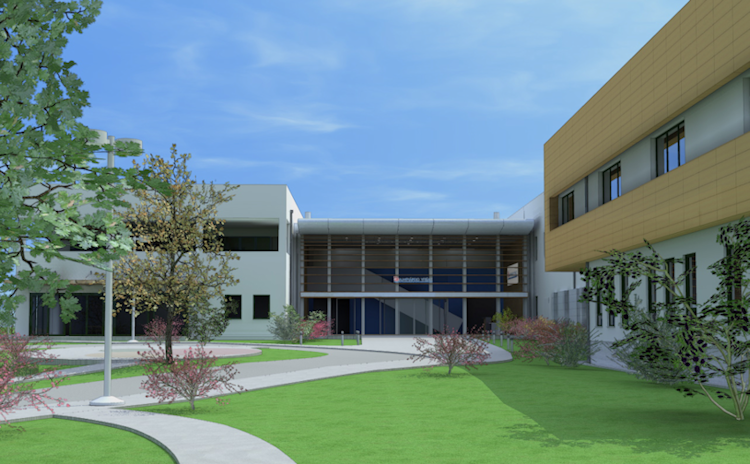 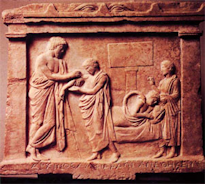 Sanctuary of Amfiaraos
Amfiaraos was considered by many a god of the underworld.

Welcome to the new Recovery and Rehabilitation Centre “ Amfiareio Hygeias SA” which is located in Oropos. Our centre operates based on International standards, providing comprehensive physical, emotional, mental and social rehabilitation services to people with recovery and rehabilitation needs and covers an area of ​​15,270 square meters.

The Amfiareion of Oropos, situated in the hills 6 km southeast of the fortified port of Oropos, was a sanctuary dedicated in the late 5th century BCE to the hero Amfiaraos, where pilgrims went to seek oracular responses and healing. It became particularly successful during the 4th century BCE, to judge from the intensive building at the site. The hero Amfiaraos was a descendant of the seer Melampos and initially refused to participate in the attack on Thebes because he could foresee that it would be a disaster. In some versions of the myth, the earth opens and swallows the chariot of Amfiaraos, transforming him into a chthonic hero.

The sanctuary is located 37.2 km NNE of Athens at a sacred spring; it contained a temple of Amfiaraos (with an acrolithic cult statue), as well as a theater, a stoa, and associated structures. The temenos extended for some 240 metres northeast from the Temple of along a streambed. The cult, which was both public and private, dates to the 5th century BCE. There was an upswing in the sanctuary’s reputation as a healing site during the plague that hit Athens in the late 5th BCE Herodotus relates that the oracular response of this shrine was one of only two correct answers to the test put to them all by the Lydian king Croesus. There were many dedications from Greeks, notable Romans, and others, many with inscriptions. On the southeast side of the streambed there are extensive remains of domestic structures as well as an unusually well-preserved klepsedra (water clock).

At the Amfiareion, in addition to the presumed annual festival, Greater Amfiareia were celebrated in an agonistic festival of athletic games, every fifth year. Two reliefs of the late 5th-early 4th century BCE seem to provide the earliest attestations of the festival games; there is an inscribed catalogue of victors at the Greater Amfiareia that dates before 338 BCE.

Amfiaraos was also worshiped at the site of Rhamnous about 17.5 km southeast, as well as at Athens, Argos, Sparta, and other sites. The cult at the Amfiareion came to an end with the outlawing of non-Christian worship in the Theodosian decrees at the end of the 4th century CE.